Garitas-Tijuana.com, now defunct, was a website I built on 2014. It served as a simple visualization of border wait times across the San Diego - Tijuana border. 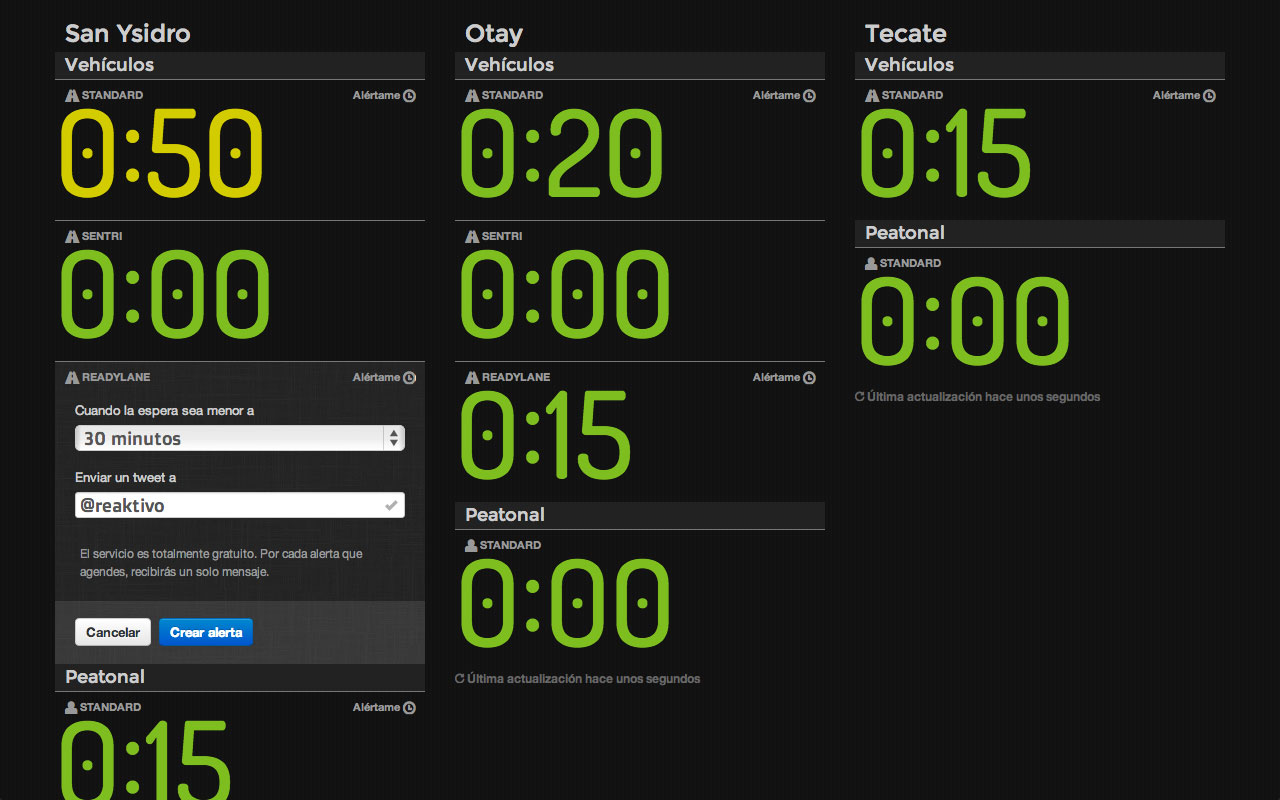 At it's peak of popularity it was getting around 70,000 pageviews per month, something that was a happy suprise for me, since it had only spread due to word-of-mouth.

It served as the first NodeJS project I ever built and used some other tech that was popular at the time, mainly Coffeescript and MongoDB.

Since the first iteration of garitas-tijuana.com used to handle both the backend, frontend and scraping, for the second iteration, I decided to built this modules a part. That's where Border-Wait was originated, a border-wait times scraping helper written in Literate Coffeescript, which I still miss.